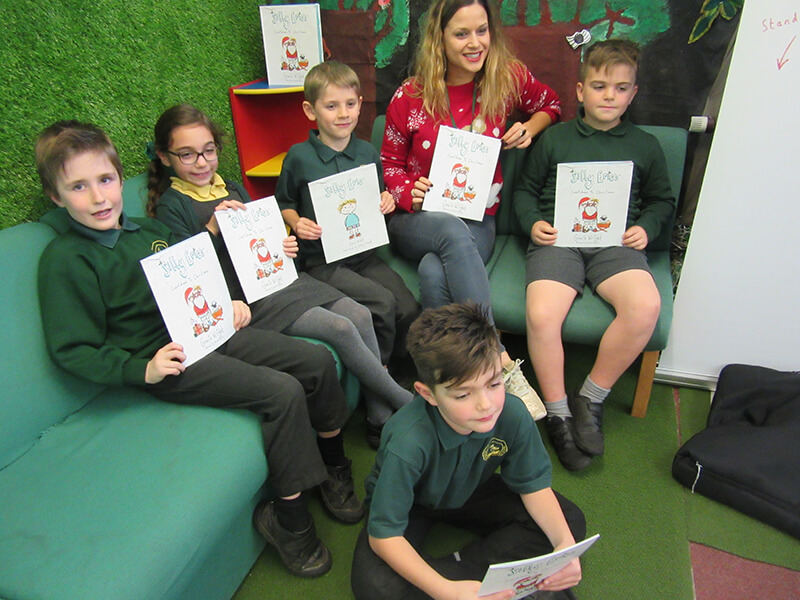 The National Young Writer Competition is a well established and successful competition promoted by Rotary International in Britain & Ireland(RIBI) to encourage young people to use their writing skills and write with imagination and creativity.
Annette Stringer, a member of Lowestoft East Point Rotary Club, arranged for Gracie Wright, a children’s author to visit Grove, Oulton Broad and Northfield St. Nicholas Primary Schools recently.
Gracie is a prime example of triumph over adversity as she was involved in a near-fatal car accident which left her with severe brain damage when she was 11 years old. She spent her teenage years trying to regain her memory. Later, the Prince’s Trust helped her to start up her “Silly Eric” brand of children’s books, which is now a very successful business.
Her presentations were truly inspirational as she spoke about her life and work and helped to launch the Young Writer Competition by suggesting ways in which the children could improve their writing. Her visits were much appreciated by both staff and pupils.
Afterwards, she signed books that were bought for the school libraries and by young and older individuals. Maybe the latest one, “Silly Eric’s Countdown to Christmas” will be appropriate presents at this time of the year!
Gracie also kindly read some of the children’s writing and made encouraging & complimentary comments.
The Dictionaries For Life, which are presented to 26 primary schools in the area by the 3 local Rotary Clubs, will greatly assist the pupils in their task.

Are you interested to find out more about Rotary and what we do?
If working together with a great bunch of people in a fun and friendly, social environment to help others sounds like something you’d like to be involved in, then simply click the button below and submit the simple form. One of our Club Officers will call or email you with some further information and tell how you can get involved.